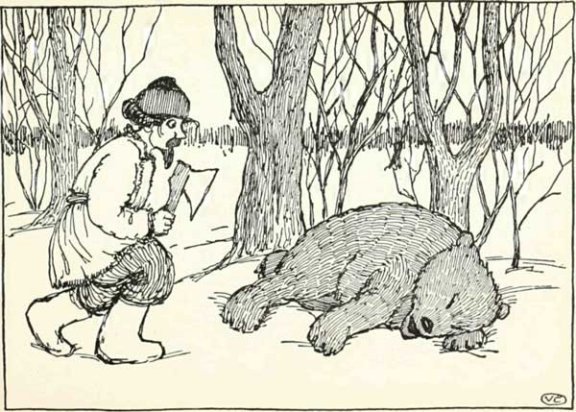 One day a peasant saw a bear asleep in the forest, so he crept up to him and cut off one of his hind paws with an axe. And he brought the paw home, and said to his wife: "Boil some soup from the flesh, and knit some warm gloves out of the wool." So she took off the skin, threw the flesh into the pot to boil, and sat down to spin the wool.

And when Bruin woke up, he found his paw gone. There was no help for it, so he cut a bit of wood off a tree, hewed it, tied it on instead of his leg, and set out for the village. As he went along he sang: 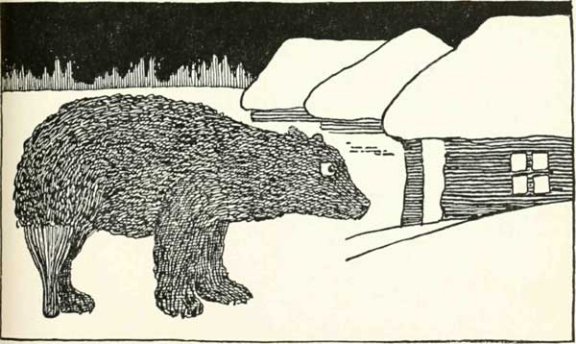 Hobble, hobble, hobble,
On my lime-tree leg,
On my birchen crutch!
The water's asleep,
And the earth's asleep,
The whole village is asleep,
Only one woman's awake,
And she's boiling my flesh,
Sitting on my skin,
And spinning my wool! 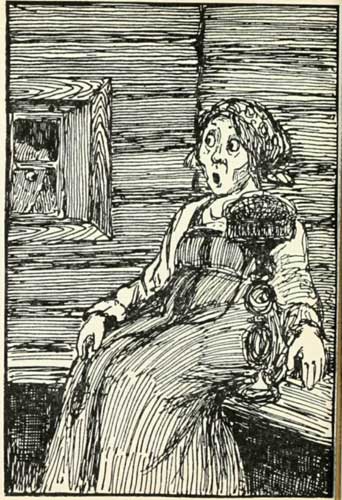 And the peasant's wife got very frightened, and hid as quick as she could in the cellar under the floor. 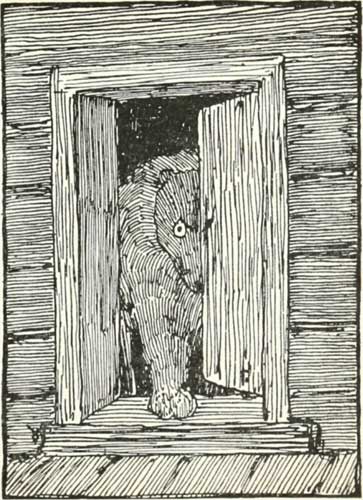 And Bruin went into the house, and saw there was no one there. So he took his bit of skin, got his flesh out of the pot and made off.

If you use Facebook or Google+ & enjoyed The Bear's Paw, please tell your friends and let us know to find more like it for you!