The tales collected by the two Grimm brothers, Jacob and Wilhelm are familiar to many of us and are still the fuel for many a youngster's nightmare. 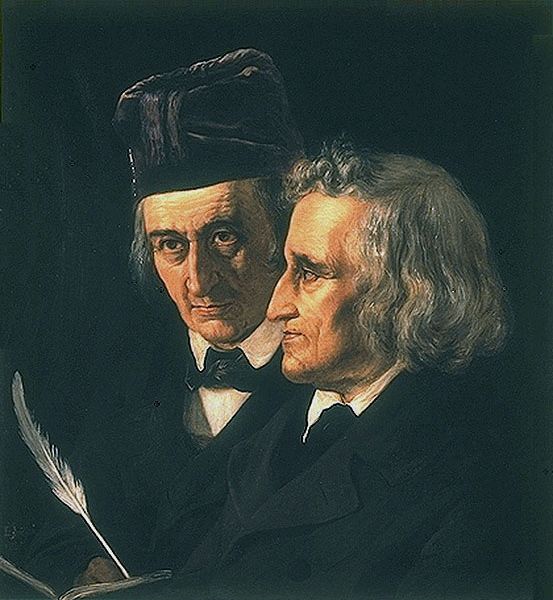 Portrait Of The Brothers Grimm By Elisabeth Jerichau-Baumann(1855)

They had seven other brothers and sisters and lived their early lives in the country. Before they reached their teens tragedy struck, with the death of their father, Philipp, who worked as a jurist and bailiff for the Prince of Hessen. The family was then forced to move to a small residence in town. After a couple of years, their fortunes took a further dip with the death of their grandfather.

At this point their mother Dorothea, struggled to keep the family afloat.

After this precarious start, Jacob and Wilhelm studied law at the University of Marburg. It was here that a professor, Friedrich von Savigny, sparked their interest in the past.

The two brothers began studying linguistics and the evolution of language. It was to help them better understand this, that they started collecting their folk and fairy tales.

In 1812, 'Tales of Children and the Home', their first volume of stories was published. It was collected from peasants and villagers, The brothers were helped in this enterprise by their close friend, August von Haxthausen.

The brother's held jobs as librarians allowing them for their studies and later Jacob Grimm later became a professor. Although they worked well together the two brothers were very different. As an adult Wilhelm suffered from ill-health, he enjoyed music and was more outgoing than his more academic and enquiring brother. The brother's relationship after Wilhelm married remained the same and they continued living together as they had always had.

Over the years the brothers published many other works of folklore and mythology. They also began work on a massive German dictionary, 'Deutsches Worterbuch', that continued well after their deaths and amazingly it was declared completed in 1960. 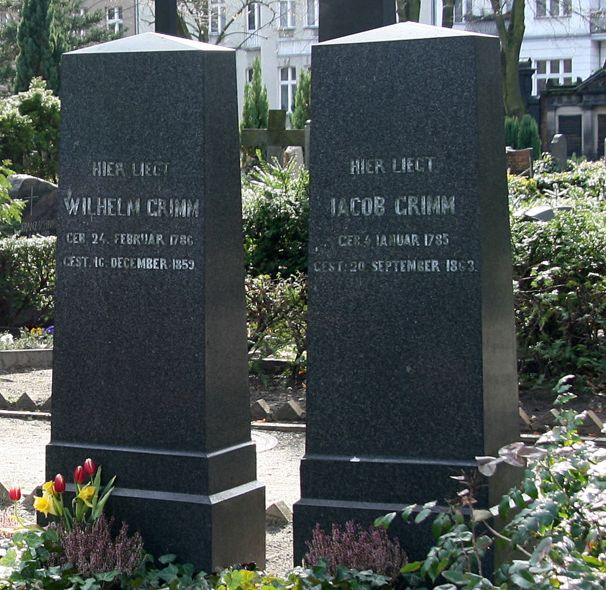 The Graves Of Jacob and Wilhelm Grimm In Berlin

Mirroring their life Jacob and Wilhelm Grimm were buried next to each other in a family plot in Berlin, where they remain to this day.

It is highly likely, if it was not for their work you would not be know of their existence.

One thing that you should be aware of is, that when you read these early versions collected by the Brothers Grimm, they are much darker and gruesome than the recent more sanitized tellings,.

In our opinion, the tales we have collected here hold a lot more interest than those told by Disney and in the countless Nursery Story books, that have emerged since the brother's work.

If you use Facebook or Google+ & enjoyed The Brothers Grimm And Their Tales, please tell your friends and let us know to find more like it for you!