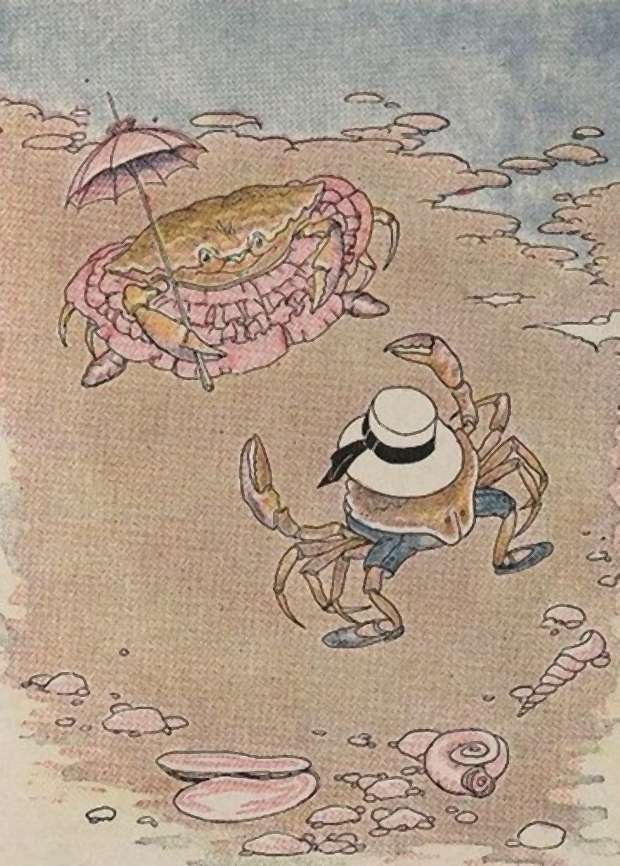 The Young Crab And His Mother By Milo Winter

"Why in the world do you walk sideways like that?" said a Mother Crab to her son. "You should always walk straight forward with your toes turned out."

"Show me how to walk, mother dear," answered the little Crab obediently, "I want to learn."

So the old Crab tried and tried to walk straight forward. But she could walk sideways only, like her son. And when she wanted to turn her toes out she tripped and fell on her nose.

If you use Facebook or Google+ & enjoyed The Young Crab And His Mother, please tell your friends and let us know to find more like it for you!