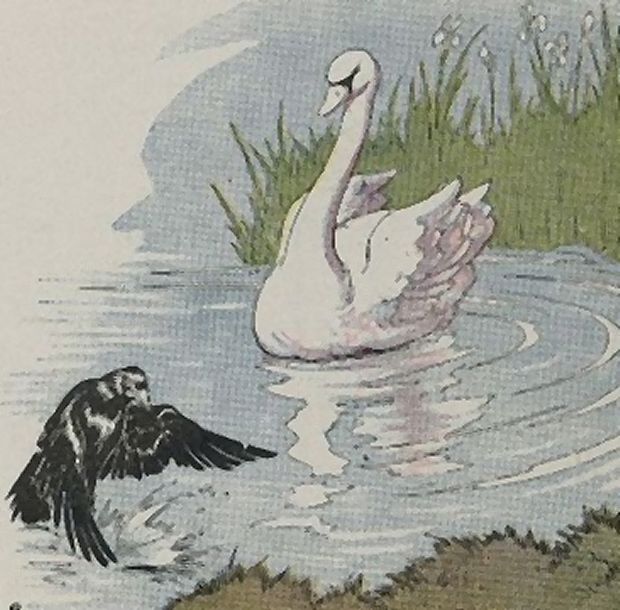 The Raven And A Swan By Milo Winter

A Raven, which you know is black as coal, was envious of the Swan, because her feathers were as white as the purest snow. The foolish bird got the idea that if he lived like the Swan, swimming and diving all day long and eating the weeds and plants that grow in the water, his feathers would turn white like the Swan's.

So he left his home in the woods and fields and flew down to live on the lakes and in the marshes. But though he washed and washed all day long, almost drowning himself at it, his feathers remained as black as ever. And as the water weeds he ate did not agree with him, he got thinner and thinner, and at last he died.

If you use Facebook or Google+ & enjoyed The Raven And A Swan, please tell your friends and let us know to find more like it for you!