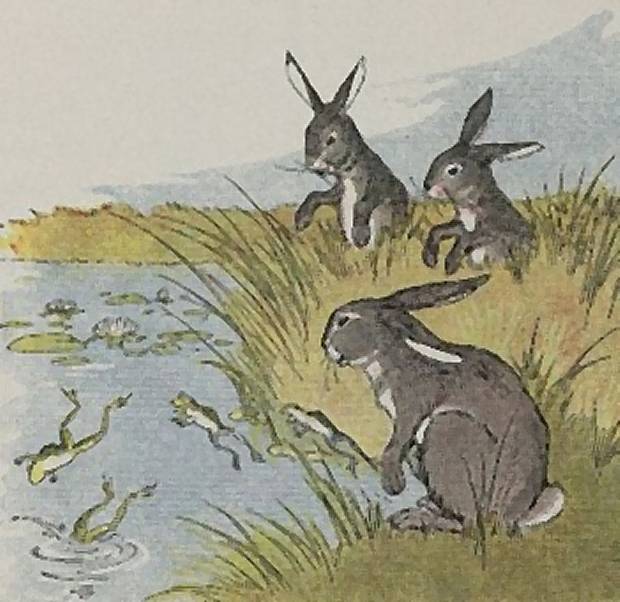 The Hares And The Frogs By Milo Winter

Hares, as you know, are very timid. The least shadow, sends them scurrying in fright to a hiding place. Once they decided to die rather than live in such misery. But while they were debating how best to meet death, they thought they heard a noise and in a flash were scampering off to the warren. On the way they passed a pond where a family of Frogs was sitting among the reeds on the bank. In an instant the startled Frogs were seeking safety in the mud.

"Look," cried a Hare, "things are not so bad after all, for here are creatures who are even afraid of us!"

If you use Facebook or Google+ & enjoyed The Hares And The Frogs, please tell your friends and let us know to find more like it for you!