"It is wicked to take advantage of another's distress" 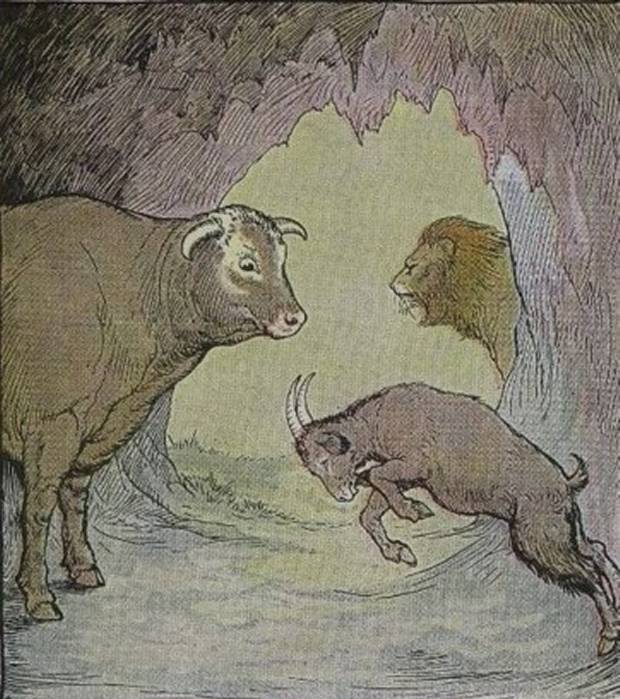 The Bull And The Goat By Milo Winter

A Bull once escaped from a Lion by entering a cave which the Goatherds used to house their flocks in stormy weather and at night. It happened that one of the Goats had been left behind, and the Bull had no sooner got inside than this Goat lowered his head and made a rush at him, butting him with his horns. As the Lion was still prowling outside the entrance to the cave, the Bull had to submit to the insult.

"Do not think," he said, "that I submit to your cowardly treatment because I am afraid of you. When that Lion leaves, I'll teach you a lesson you won't forget."

"It is wicked to take advantage of another's distress"

If you use Facebook or Google+ & enjoyed The Bull And The Goat, please tell your friends and let us know to find more like it for you!