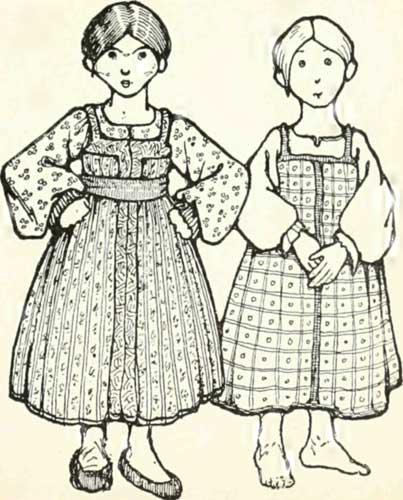 Once upon a time there lived an old man and his wife. She had one daughter of her own, and he had one of his own. And the old woman took a dislike to her step-daughter. Whatever her own daughter did, she praised her for everything and stroked her head, but whatever her step-daughter did, she grumbled at her and scolded her for everything; it was simply dreadful. 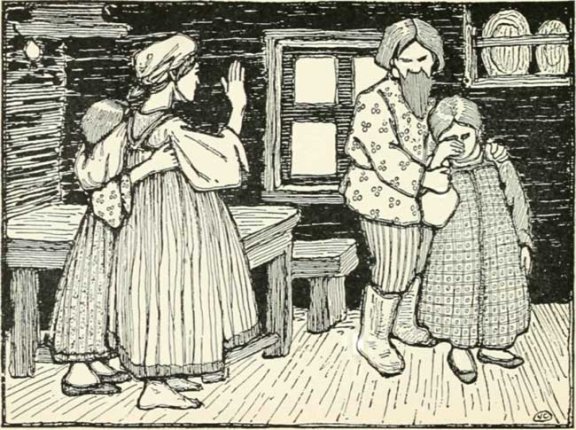 And the old woman began to want to drive her step-daughter off the face of the earth, and she said to her husband: "Take her away into the dark forest, and let the frost freeze her to death." So there was nothing for the old man to do but harness his horse to the sledge, put his daughter in it, and drive her off into the forest. And he brought her right into the middle of the forest, set her down on the snow, and drove off home.

And there the little girl sat in the forest all alone, shivering with the cold. When lo and behold! there was old King Frost coming towards her, and he said: "Hullo, little girl, are you warm?" And she answered: "Yes, King Frost." Then he blew a cold breath on to her and again asked: "Are you warm, little girl?" And she answered: "Yes, King Frost!" Then he began to make it still colder; he made the branches crack, and covered them with hoar-frost, and let loose such cold, that you could hear the air creaking. 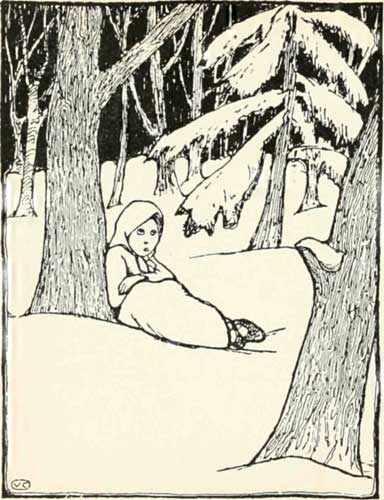 Then he asked her again: "Well, little girl, are you warm now?" And she answered: "Yes, King Frost!" 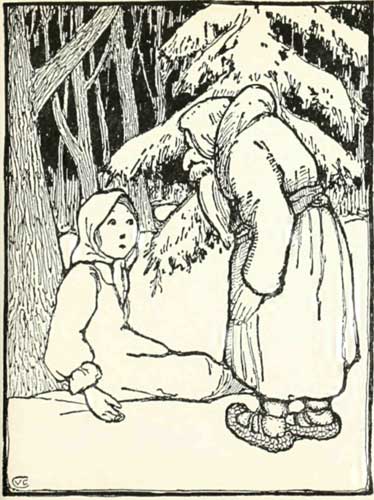 And when he saw that she was a good girl, he felt sorry for her. So he put on her a fur coat, with trimmings of beaver, and made her warm, and said to her: "You're a good girl, and so I'll stop. Here's a little present for you from King Frost." 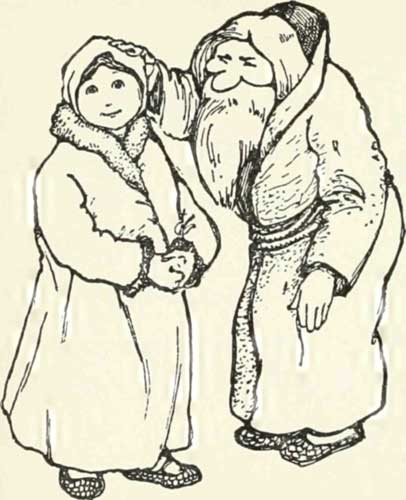 And he brought her a trunk full of all sorts of things, silver and gold, and bright-coloured stones. 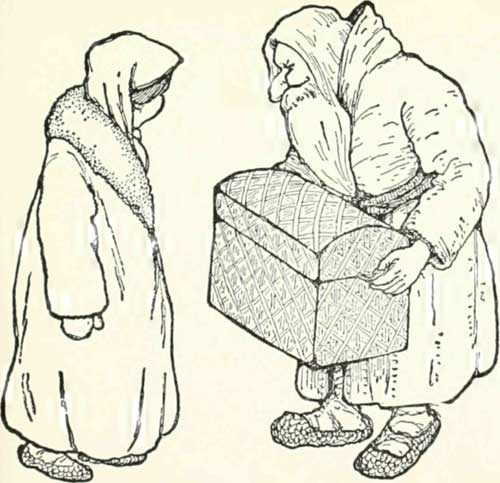 Meanwhile her step-mother was saying to the old man at home: "I expect your daughter's frozen by now. Go into the forest and bring her back." So he harnessed his horse to the sledge, and set out to fetch his daughter. 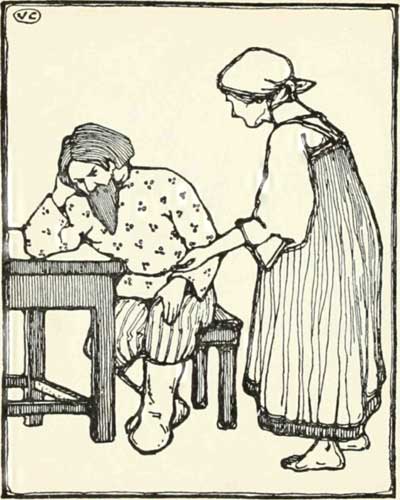 Then his wife began to watch at the window, and at last she saw her husband driving towards home, and she said to herself: "That's all right, there come the old man's daughter's bones back in the sledge." 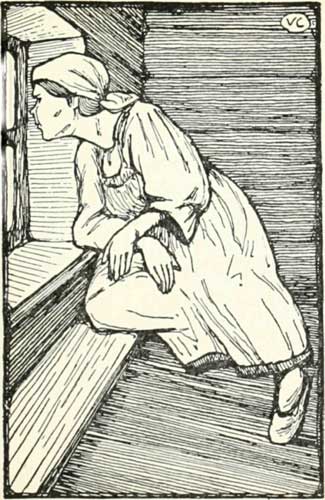 But the doggie outside said: "Bow, wow, bow-wow-wow! The old man's bringing his daughter home. She's blooming like the poppy-bloom, and she's got a fine present, and a new coat with a beaver collar!" And lo and behold! it was true; the old man drove up with his daughter alive and well, in her fine clothes and with her presents. "Well," thought her step-mother, "if King Frost has given all those things to the old man's daughter, he'll give my pretty girl ever so much more." And she said to her husband: "Take my daughter to the same place as quick as you can, and let King Frost give her a share too!" 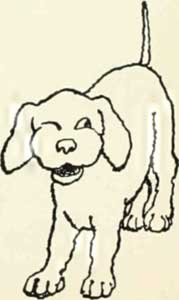 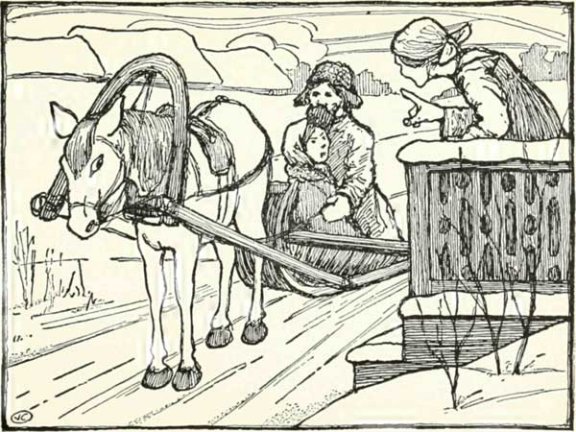 So the old man took her daughter, left her in the forest, and then drove off home. And there the girl sat, with her teeth chattering with the cold, when lo and behold! there was King Frost coming along, and he said: "Hullo, little girl, are you warm?" 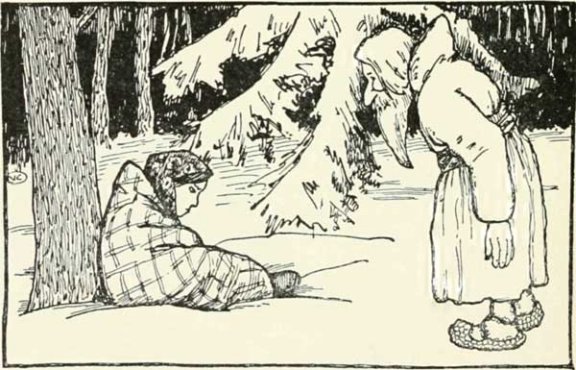 And she answered: "What's that got to do with you? Go away to where you came from!" And King Frost grew angry and blew a cold breath on to the girl, and then asked her: "Are you warm, little girl?" And she answered: "Fancy asking! You can see I'm frozen! Be quick and give me the presents, and then get away to your home." Then King Frost began to make the girl still colder. And he kept making it colder and colder till he had frozen her through and through.

Meanwhile her mother was saying to the old man at home: "Go into the forest now, and bring back my daughter. And mind, don't forget to take the trunk and the fine clothes as well." So the old man started off, and his wife began to watch at the window. 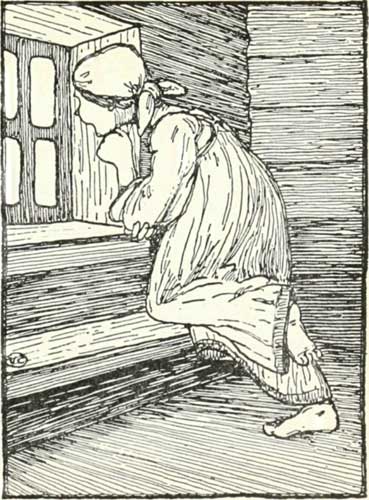 She waited and waited, and at last she saw her husband driving towards home, and said to herself: "That's all right, there comes the old man bringing back my daughter all in silver and in gold." 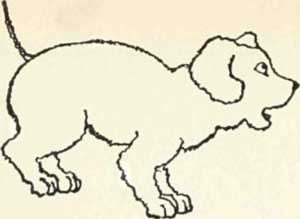 But the doggie outside said: "Bow, wow, bow-wow-wow, the old man's bringing back bones in his sledge!" The old man drove up, and it was too true, instead of the bad old woman's daughter there was only an icicle! 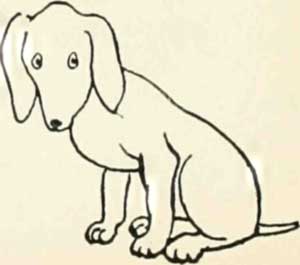 If you use Facebook or Google+ & enjoyed King Frost, please tell your friends and let us know to find more like it for you!