An old man of the Iroquois nation once wished to make a beautiful Indian maiden his wife. The old man had many rare furs and valued strings of wampum. These he brought and laid at the door of the wigwam where the maiden lived.

The father and mother were pleased with the old man's gifts. They told him that when the Planting Moon should come, the maiden should go to his wigwam.

Now the maiden did not love the old man. She did not wish him to make her his wife. "I will never sit at his wigwam door," she said.

It was midwinter, when the old man brought the gifts, the time of the pale, cold moon. From that time, the maiden watched, with a heavy heart, the moons wax and wane.

At last the snows disappeared. No more was the North Wind heard shrieking about the lodge. The gentle South Wind had come, bringing with him the singing birds.

The little brooks awoke and sang. They were happy that spring had come, and all the earth children were glad,-except the maiden. Her heart grew more heavy and sad, as the face of the sun grew brighter.

Then the Planting Moon came. The maiden watched the moon hang her horn in the sky. Then she ran swiftly to the great river that flowed not far from the lodge. Lightly she sprang into her canoe. A few quick strokes, and the canoe was in midstream.

The current ran swift and strong. The little craft was carried swiftly down the river toward the great falls known as Niagara Falls. As the canoe neared the falls, the maiden was seen to rise and stretch out her arms, as though about to leap. A smile was on her face, and a song was on her lips, as the canoe shot into the mist that overhung the water.

Then, from the caverns below a dark blanket floated upward, as though spread to catch the maiden. It was Heno, the Thunder Spirit, who dwelt behind the falls. He had caught her in the folds of his blanket, and had saved her from the great rocks below.

Heno took the maiden to live with him, in his lodge behind the falls. There she was very happy, so happy that her smile shone through the mist, and the Indians cried, "See! A rainbow!"

In her new home the maiden learned many wonderful things. She found she possessed strange powers, not known to her before. She could float on a cloud at will, and she seemed filled with a strange fire.

One day, the young woman was given a son. Heno and she were very happy. Many moons the mother and child played together. When Heno was away on one of his journeys through the sky, they would ride the great bubbles of foam that went dashing through the rocks. Sometimes they would catch sunbeams in a net, as they sat on the edge of a cloud and fished.

One day, Heno asked the young woman if she would like to visit her people.

"If you wish," he said, "you shall return for a time, taking our son with you. But remember, both of you possess powers unknown to the earth children. Be careful how you use them. Never let another child strike the boy, for that child would at once wither and die. Never strike the boy yourself, for he would fall stunned to earth." 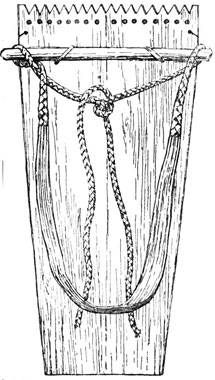 The woman listened to Heno's words. Soon they were wrapped in his great cloud blanket, and were floating over the river. When they came to the home of her people, Heno left the woman and the boy by the river, and went on further to the east.

The people were glad to see the woman, whom they had mourned as dead. She told them of the wonderful things she had learned in her new home. She told them also how Heno was freeing their land of a monster serpent, that trailed underneath the earth, poisoning their springs and causing sickness. Always, she said, Heno carried a basket of great rocks on his back, which he hurled at the monster whenever he saw him. Soon he would kill the serpent, and they would be sick no more.

During many days, the mother and the little boy stayed with the earth people. Sometimes, when the child was playing by the river, he would see a dark cloud approaching. Then he would clap his hands with joy and cry, "There comes my father!"

The black cloud would float earthward, and Heno would stop and have a word with the mother and the boy. As he left them he always said, "Do not let anyone strike the boy."

At this, there came a great rumbling and roaring through the sky, and Heno appeared. He took the lifeless child in his arms, crying, "You have disobeyed. No longer shall you have this great power I gave you. You shall remain on earth and be simply an earth woman. I will take the boy to my abode. Henceforth, our lodge shall be in the sky. There he will return to life, and ever after he will go with me on my journeys through the sky."

Then the sky shook and trembled. The door of the sky lodge opened, and Heno and the boy were seen no more.

Now, when a rumbling and rolling through the sky is heard, the Indians say, "'Tis the voice of Heno! He is coming from his lodge in the sky!"

But when a flash of fire is seen, and a loud crash is heard, they say, "That is the boy! He is trying to hit the earth children with a fire stone. He remembers how they struck him, a long time ago." 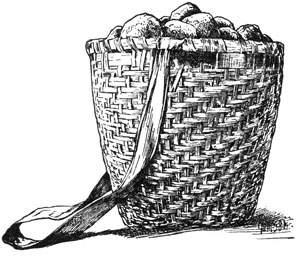 If you use Facebook or Google+ & enjoyed Why Lightning Sometimes Strikes, please tell your friends and let us know to find more like it for you!