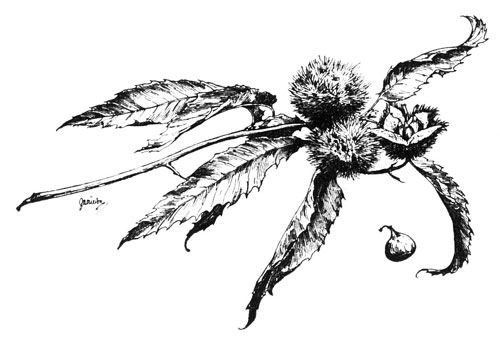 In the days when there was no one living in this country but the Indians, there were no houses; there were only Indian wigwams. There were no roads and no streets, but Indian trails.

At that time there grew a wonderful chestnut, which the Indians used in their cooking. A very small bit of this chestnut grated into a kettle would make a potful of porridge. 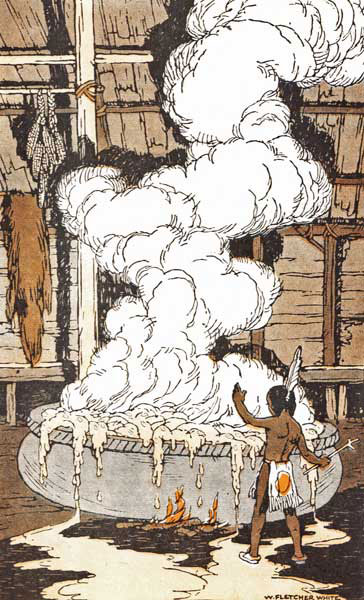 In a certain wigwam lived Deerheart and Sky Elk, and their little son Greedy Fawn. The mother was called Deerheart because she was so loving, and gentle, and kind. The father was named Sky Elk because he was so strong and fleet of foot. Greedy Fawn, too, came rightly by his name. You will soon know why.

One day, Deerheart and Sky Elk went on a long trail. As they left the wigwam, they said to Greedy Fawn, "Do not touch the chestnut, do not build a fire, while we are away."

Greedy Fawn promised. He watched his father and mother disappear down the western trail. Then he went back to the wigwam.

"Now," thought he, "I will have all the porridge I want."

Faster and faster Greedy Fawn stirred the boiling porridge, for it began to swell and fill the kettle.

Greedy Fawn was so frightened he did not know what to do.

"Oh, will it never stop swelling?" he thought. Harder and harder he stirred to keep the porridge from boiling over. Beads of perspiration ran down his little bronze face, yet still he stirred. He dared not stop.

Then he remembered that sometimes his mother would rap the kettle with the porridge stick, if it became too full.

Oh, how his little arms ached! And, oh, how tired his small legs were! But still he ran. He dared not stop.

Here was porridge enough to last a small boy a lifetime, and he could not stop to taste one mouthful! 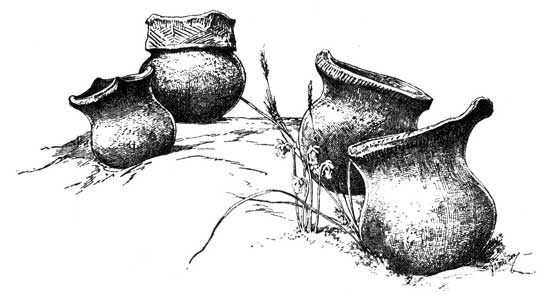 At last Greedy Fawn could run no longer. He stumbled and fell by the side of the kettle. He was too weak to rise. The stick fell from his hand, and the porridge boiled on. Higher, and higher, and higher it rose, until it ran over and down the sides of the kettle. Closer, and closer the boiling porridge crept to the little Indian boy, and soon Greedy Fawn and his stick were nearly buried in porridge.

For once Greedy Fawn had all the porridge he wanted. And never again would he have wanted anything, had not Deerheart and Sky Elk heard his cries, and come running like deer up the trail to save him. 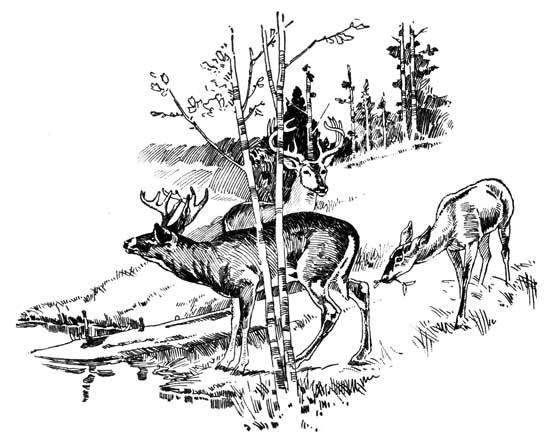 If you use Facebook or Google+ & enjoyed Greedy Fawn And The Porridge, please tell your friends and let us know to find more like it for you!