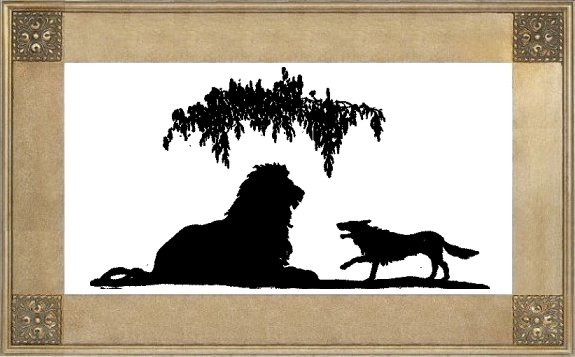 One day a young Lion came suddenly upon a Wolf. The Wolf was not able to get away, so he said to the Lion: "Please, Great Lion, could you take me to your den, and let me live with you and your mate? I will work for you all my days."

Now this Lion's father was a fine old Lion, and he told his son that he did not like having this Wolf there. But the young Lion thought he knew better than his father, so the Wolf stayed in the den.

One day the Wolf wanted horse-flesh to eat, so he said to the young Lion, "Sir, there is nothing we have not eaten except horse-meat; let us take a horse."

"But where are there horses?" asked the Lion.

"There are small ponies on the river bank," said the Wolf.

So the young Lion went with the Wolf to the river bank when the ponies were bathing. The Lion caught a small pony, and throwing it on his back, he ran back to his den.

But the young Lion liked the taste of horse-meat, and he caught and killed pony after pony.

Soon the king heard that a Lion was killing the ponies when they went to bathe in the river. "Build a tank inside the town," said the king. "The lion will not get the ponies there." But the Lion killed the ponies as they bathed in the tank.

Then the king said the ponies must be kept in the stables. But the Lion went over the wall, and killed the ponies in their stables. 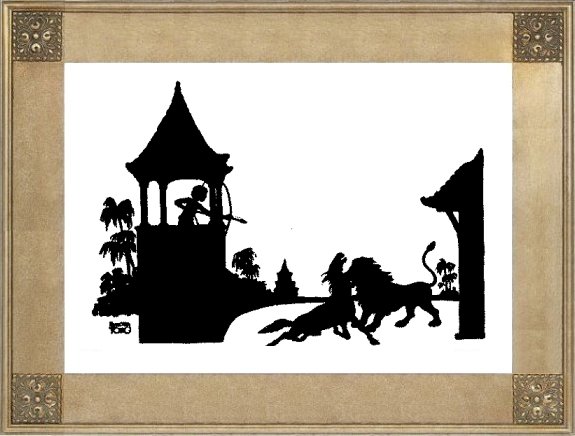 At last the king called an archer, who shot like lightning. "Do you think you can shoot this Lion?" the king asked him. The archer said that he was sure he could. "Very well," said the king, "take your place in the tower on the wall, and shoot him." So the archer waited there in the tower.

By and by the Lion and the Wolf came to the wall. The Wolf did not go over the wall but waited to see what would happen. The Lion sprang over the wall. Very soon he caught and killed a pony. Then the archer let fly an arrow.

Then the Wolf said to himself: "The Lion has been shot, and soon he will die. I will now go back to my old home in the woods." And so he did.

The Lion fell down dead.

If you use Facebook or Google+ & enjoyed The Lion In Bad Company, please tell your friends and let us know to find more like it for you!