Once upon a time there lived a King and Queen very peacefully together; they had twelve children, all boys. Now the King said to the Queen one day,

"If our thirteenth child should be a girl the twelve boys shall die, so that her riches may be the greater, and the kingdom fall to her alone."

Then he caused twelve coffins to be made; and they were filled with shavings, and a little pillow laid in each, and they were brought and put in a locked-up room; and the King gave the key to the Queen, and told her to say nothing about it to any one.

But the mother sat the whole day sorrowing, so that her youngest son, who never left her, and to whom she had given the Bible name Benjamin, said to her,

"Dear mother, why are you so sad?"

"Dearest child," answered she, "I dare not tell you."

But he let her have no peace until she went and unlocked the room, and showed him the twelve coffins with the shavings and the little pillows. Then she said,

"My dear Benjamin, your father has caused these coffins to be made for you and your eleven brothers, and if I bring a little girl into the world you are all to be put to death together and buried therein." And she wept as she spoke, and her little son comforted her and said,

"Weep not, dear mother, we will save ourselves and go far away." Then she answered,

"Yes, go with your eleven brothers out into the world, and let one of you always sit on the top of the highest tree that can be found, and keep watch upon the tower of this castle. If a little son is born I will put out a white flag, and then you may safely venture back again; but if it is a little daughter I will put out a red flag, and then flee away as fast as you can, and the dear God watch over you. Every night will I arise and pray for you in winter that you may have a fire to warm yourselves by, and in summer that you may not languish in the heat."

After that, when she had given her sons her blessing, they went away out into the wood. One after another kept watch, sitting on the highest oak tree, looking towards the tower. When eleven days had passed, and Benjamin's turn came, he saw a flag put out, but it was not white, but blood red, to warn them that they were to die. When the brothers knew this they became angry, saying,

"Shall we suffer death because of a girl! we swear to be revenged; wherever we find a girl we will shed her blood."

Then they went deeper into the wood; and in the middle, where it was darkest, they found a little enchanted house, standing empty. Then they said,

"Here will we dwell; and you, Benjamin, the youngest and weakest, shall stay at home and keep house; we others will go abroad and purvey food."

Then they went into the wood and caught hares, wild roes, birds, and pigeons, and whatever else is good to eat, and brought them to Benjamin for him to cook and make ready to satisfy their hunger. So they lived together in the little house for ten years, and the time did not seem long.

By this time the Queen's little daughter was growing up, she had a kind heart and a beautiful face, and a golden star on her forehead. Once when there was a great wash she saw among the clothes twelve shirts, and she asked her mother,

"Whose are these twelve shirts? they are too small to be my father's." Then the mother answered with a sore heart,

"Dear child, they belong to your twelve brothers." The little girl said,

"Where are my twelve brothers? I have never heard of them." And her mother answered,

"God only knows where they are wandering about in the world." Then she led the little girl to the secret room and unlocked it, and showed her the twelve coffins with the shavings and the little pillows.

"These coffins," said she, "were intended for your twelve brothers, but they went away far from home when you were born," and she related how everything had come to pass. Then said the little girl,

"Dear mother, do not weep, I will go and seek my brothers."

So she took the twelve shirts and went far and wide in the great forest. The day sped on, and in the evening she came to the enchanted house. She went in and found a youth, who asked,

"Whence do you come, and what do you want?" and he marvelled at her beauty, her royal garments, and the star on her forehead. Then she answered,

"I am a king's daughter, and I seek my twelve brothers, and I will go everywhere under the blue sky until I find them." And she showed him the twelve shirts which belonged to them. Then Benjamin saw that it must be his sister, and said,

"I am Benjamin, your youngest brother."

And she began weeping for joy, and Benjamin also, and they kissed and cheered each other with great love. After a while he said,

"Dear sister, there is still a hindrance; we have sworn that any maiden that we meet must die, as it was because of a maiden that we had to leave our kingdom." Then she said,

"I will willingly die, if so I may benefit my twelve brothers."

"No," answered he, "you shall not die; sit down under this tub until the eleven brothers come, and I agree with them about it." She did so; and as night came on they returned from hunting, and supper was ready. And as they were sitting at table and eating, they asked,

"What news?" And Benjamin said,

"You have been in the wood, and I have stayed at home, and yet I know more than you."

"Tell us!" cried they. He answered,

"Promise me that the first maiden we see shall not be put to death."

"Yes, we promise," cried they all, "she shall have mercy; tell us now." Then he said,

"Our sister is here," and lifted up the tub, and the king's daughter came forth in her royal garments with her golden star on her forehead, and she seemed so beautiful, delicate, and sweet, that they all rejoiced, and fell on her neck and kissed her, and loved her with all their hearts.

After this she remained with Benjamin in the house and helped him with the work. The others went forth into the woods to catch wild animals, does, birds, and pigeons, for food for them all, and their sister and Benjamin took care that all was made ready for them. She fetched the wood for cooking, and the vegetables, and watched the pots on the fire, so that supper was always ready when the others came in. She kept also great order in the house, and the beds were always beautifully white and clean, and the brothers were contented, and lived in unity.

One day the two got ready a fine feast, and when they were all assembled they sat down and ate and drank, and were full of joy. Now there was a little garden belonging to the enchanted house, in which grew twelve lilies; the maiden, thinking to please her brothers, went out to gather the twelve flowers, meaning to give one to each as they sat at meat. But as she broke off the flowers, in the same moment the brothers were changed into twelve ravens, and flew over the wood far away, and the house with the garden also disappeared. So the poor maiden stood alone in the wild wood, and as she was looking around her she saw an old woman standing by her, who said,

"My child, what hast thou done! why couldst thou not leave the twelve flowers standing? they were thy twelve brothers, who are now changed to ravens for ever." The maiden said, weeping,

"Is there no means of setting them free?"

"No," said the old woman, "there is in the whole world no way but one, and that is difficult; thou canst not release them but by being dumb for seven years: thou must neither speak nor laugh; and wert thou to speak one single word, and it wanted but one hour of the seven years, all would be in vain, and thy brothers would perish because of that one word."

Then the maiden said in her heart, "I am quite sure that I can set my brothers free," and went and sought a tall tree, climbed up, and sat there spinning, and never spoke or laughed. Now it happened that a King, who was hunting in the wood, had with him a large greyhound, who ran to the tree where the maiden was, sprang up at it, and barked loudly. Up came the King and saw the beautiful Princess with the golden star on her forehead, and he was so charmed with her beauty that he prayed her to become his wife. She gave no answer, only a little nod of her head. Then he himself climbed the tree and brought her down, set her on his horse and took her home. The wedding was held with great splendour and rejoicing, but the bride neither spoke nor laughed. After they had lived pleasantly together for a few years, the King's mother, who was a wicked woman, began to slander the young Queen, and said to the King,

"She is only a low beggar-maid that you have taken to yourself; who knows what mean tricks she is playing? Even if she is really dumb and cannot speak she might at least laugh; not to laugh is the sign of a bad conscience."

At first the King would believe nothing of it, but the old woman talked so long, and suggested so many bad things, that he at last let himself be persuaded, and condemned the Queen to death.

Now a great fire was kindled in the courtyard, and she was to be burned in it; and the King stood above at the window, and watched it all with weeping eyes, for he had held her very dear. And when she was already fast bound to the stake, and the fire was licking her garments with red tongues, the last moment of the seven years came to an end. Then a rushing sound was heard in the air, and twelve ravens came flying and sank downwards; and as they touched the earth they became her twelve brothers that she had lost. They rushed through the fire and quenched the flames, and set their dear sister free, kissing and consoling her. And now that her mouth was opened, and that she might venture to speak, she told the King the reason of her dumbness, and why she had never laughed. The King rejoiced when he heard of her innocence, and they all lived together in happiness until their death.

But the wicked mother-in-law was very unhappy, and died miserably. 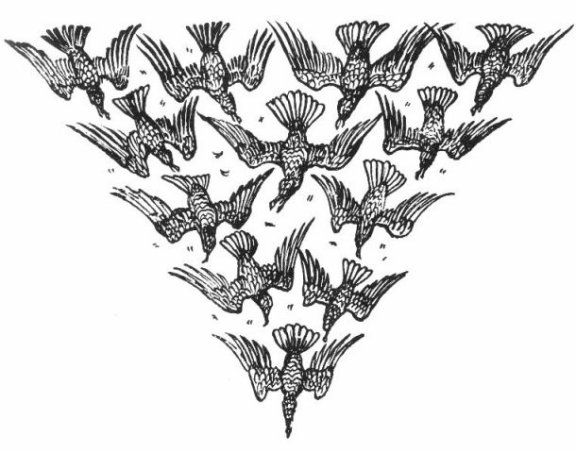 Illustration For The Twelve Brothers By Walter Crane

If you use Facebook or Google+ & enjoyed The Twelve Brothers, please tell your friends and let us know to find more like it for you!