Before we start, there is one very important fact that you must know. This is no one knows if there ever really was a man named Aesop, who wrote the famous fables. It would be nice to think there was, so let's explore the facts looking for clues. 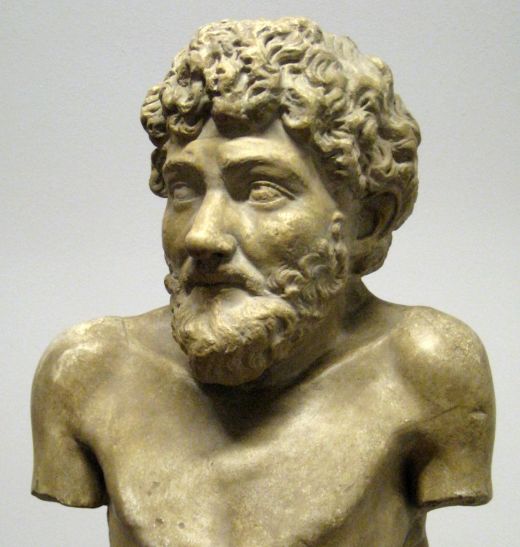 Aristotle, the great Greek philosopher, is one of the earliest sources and his writings would place the birth of Aesop over 2,500 years ago. He wrote that Aesop was born in Thrace, which is on the Black Sea coast.

Aristotle states that Aesop was sent to Delphi on a diplomatic mission by King Croesus of Lydia. Whilst there that he insulted the population and after being framed on a charge of temple theft, was executed by being thrown from a cliff.

This story is often dismissed as just a legend, but recent research suggests that it may have more basis in fact than previously thought.

Apart from Aristotle, there are a few other ancient references to Aesop. A comparatively later work is 'The Aesop Romance'. It is also known under different names such as: 'The Book of Xanthus the Philosopher and Aesop His Slave', 'The Life of Aesop' and 'The Vita'.

This origins of the written account date back about 2,000 years. There are many different versions as various writers added or changed text over the years. Because of this, the work has been dismissed as purely a fictional account of Aesop's life. But, as with Aristotle's account, recently there has been a suspicion that there may be some buried truth.

The main theme of this work is that Aesop was an ugly slave, who could not speak. However, after performing a kindness to a priestess of Isis, not only is he given the power of speech, but also the gift of storytelling.

With his new found talent Aesop embarrasses the philosopher Xanthus, who is his master.

After winning his freedom Aesop travels to Delphi, where the citizens find his fables insulting. After being sentenced to death Aesop, throws himself off a cliff.

Whatever the truth, Aesop's Fables were well known in Classical Greek and later Roman times. Over the hundreds of centuries that have passed, the fables have been translated into many different languages. They have been altered and many new fables added. Because of this, it is difficult to discover which of the fables are the most ancient, and which are comparatively recent additions.

Aesop is traditionally portrayed as hideously deformed. Himerius, wrote in the 4th century, that 'was laughed at and made fun of, not because of some of his tales but on account of his looks and the sound of his voice'. As this was written 800 years after Aesop's death, this account may well be total fiction.

So, let us suppose that Aesop was a real person, and there is no reason to think otherwise. What did he look like? Below is the most famous portrait of him, which has absolutely no factual basis. It was painted by Velasquez around 1640, two thousand years after Aesop died. 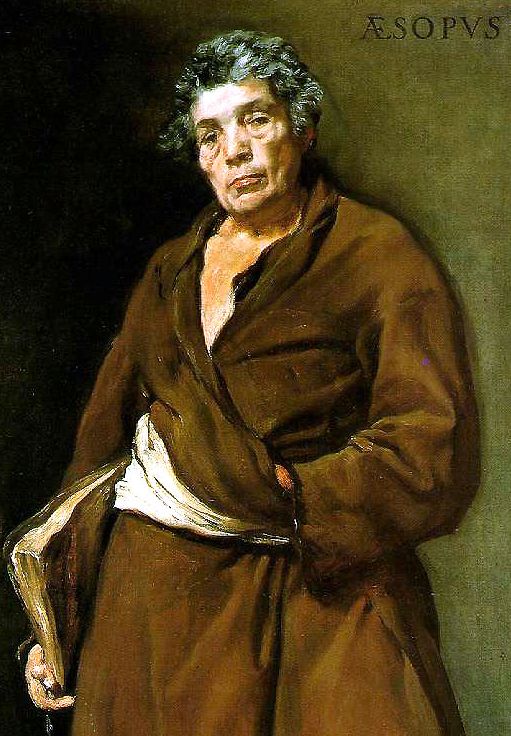 Aesop As Depicted By Diego Velasquez

It is often speculated that Aesop was black. The reason being that many of the fables include African animals and have similarity to tales from African-American slaves.

So we leave this article, as we started, still not knowing the truth about Aesop. However, it is appealing to think of a disfigured African slave, who through his brilliant storytelling earned not just his freedom, but also true greatness. After which, this same talent and an acid tongue cost him his life.

Maybe, that should be another fable added to his list.

If you use Facebook or Google+ & enjoyed About Aesop And His Fables, please tell your friends and let us know to find more like it for you!