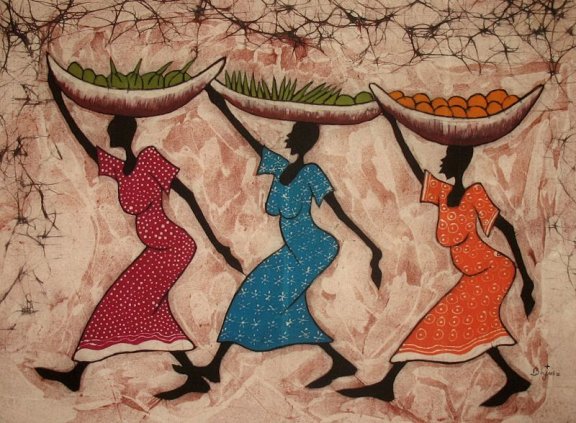 A certain man, named Nenpetro, had three wives, Ndoza'ntu (the Dreamer), Songa'nzila (the Guide), and Fulla Fulla (the Raiser of the Dead). Now Nenpetro was a great hunter; and one day he killed an antelope, and gave it to his three wives. They ate it, and after a time complained of hunger. Nenpetro went out shooting again, and killed a monkey. They ate this also, but still complained of hunger. "Oh," says Nenpetro, "nothing but an ox will satisfy you people." So off he went on the track of an ox. He followed the tracks for a long way, and at last caught sight of it as it was feeding with two or three others. He stalked it carefully, and shot it; but before he could reload, another angry ox charged him, and killed him.

Now in town they knew nothing of all this; but his wives grew very hungry, and cried for him to come back to them. Still he returned not. Then Ndoza'ntu dreamt that he had been killed by an ox, but that he had killed an ox before he fell.

"Come along," said Songa'nzila; "I will show you the road."

Thus they set out, and marched up hill and down dale, through woods and across rivers, until towards nightfall they came up to the place where their husband lay dead. And now Fulla Fulla went into the woods and collected herbs and plants, and set about raising him from the dead.

Then the three women began to quarrel and wonder into whose shimbec Nenpetro would first enter.

"I dreamt that he was dead," said Ndoza'ntu.

"But I showed you where he lay dead," said Songa'nzila.

"And I have brought him back to life," said Fulla Fulla, as the husband gradually gave signs of life.

"Well! let us each cook a pot of food, and take it to him as soon as he can eat; and let him decide out of which pot he will take his first meal."

So two killed fowls, and cooked them each in her own pot, while the third cooked some pig in hers. And Nenpetro took the pot of pig that Fulla Fulla had cooked, and said: "When you dreamt that I was dead, you did not give me food, Ndoza'ntu; for I was not yet found. And when you, Songa'nzila, had shown the others the road, I was still unfit to eat; but when Fulla Fulla gave me back my life, then was I able to eat the pig she gave me. The gift therefore of Fulla Fulla is the most to be prized."

And the majority of the people said he was right in his judgement; but the women round about said he should have put the food out of the three pots into one pot, and have eaten the food thus mixed.

If you use Facebook or Google+ & enjoyed How The Wives Restored Their Husband To Life, please tell your friends and let us know to find more like it for you!