"The evil doer often comes to harm through his own deceit" 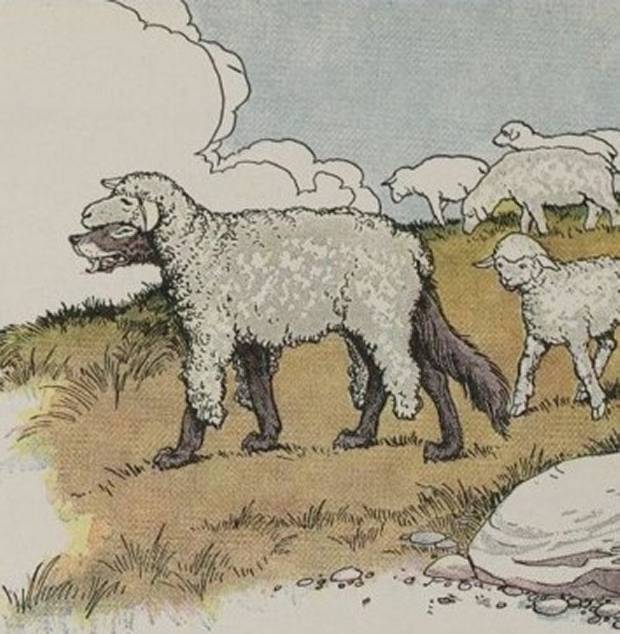 The Wolf In Sheep's Clothing By Milo Winter

A certain Wolf could not get enough to eat because of the watchfulness of the Shepherds. But one night he found a sheep skin that had been cast aside and forgotten. The next day, dressed in the skin, the Wolf strolled into the pasture with the Sheep. Soon a little Lamb was following him about and was quickly led away to slaughter.

That evening the Wolf entered the fold with the flock. But it happened that the Shepherd took a fancy for mutton broth that very evening, and, picking up a knife, went to the fold. There the first he laid hands on and killed was the Wolf.

"The evil doer often comes to harm through his own deceit"

If you use Facebook or Google+ & enjoyed The Wolf In Sheep's Clothing, please tell your friends and let us know to find more like it for you!