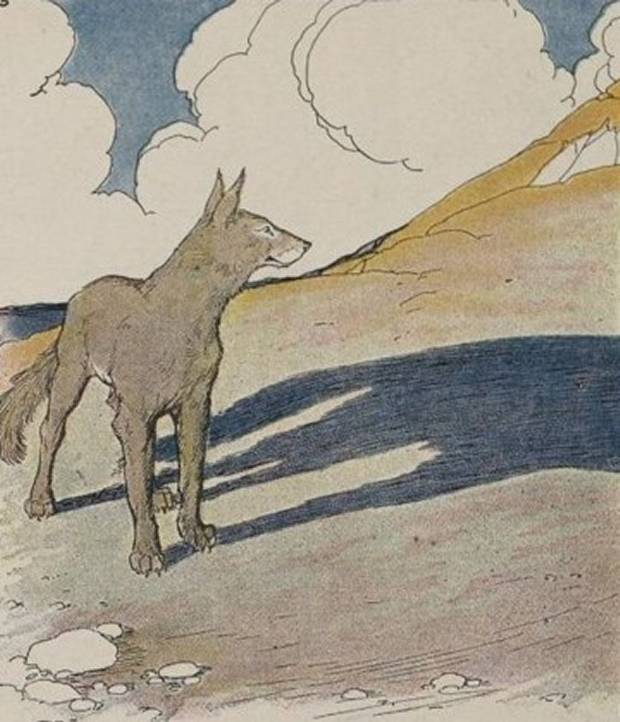 The Wolf And His Shadow By Milo Winter

A Wolf left his lair one evening in fine spirits and an excellent appetite. As he ran, the setting sun cast his shadow far out on the ground, and it looked as if the wolf were a hundred times bigger than he really was.

"Why," exclaimed the Wolf proudly, "see how big I am! Fancy me running away from a puny Lion! I'll show him who is fit to be king, he or I."

Just then an immense shadow blotted him out entirely, and the next instant a Lion struck him down with a single blow.

If you use Facebook or Google+ & enjoyed The Wolf And His Shadow, please tell your friends and let us know to find more like it for you!