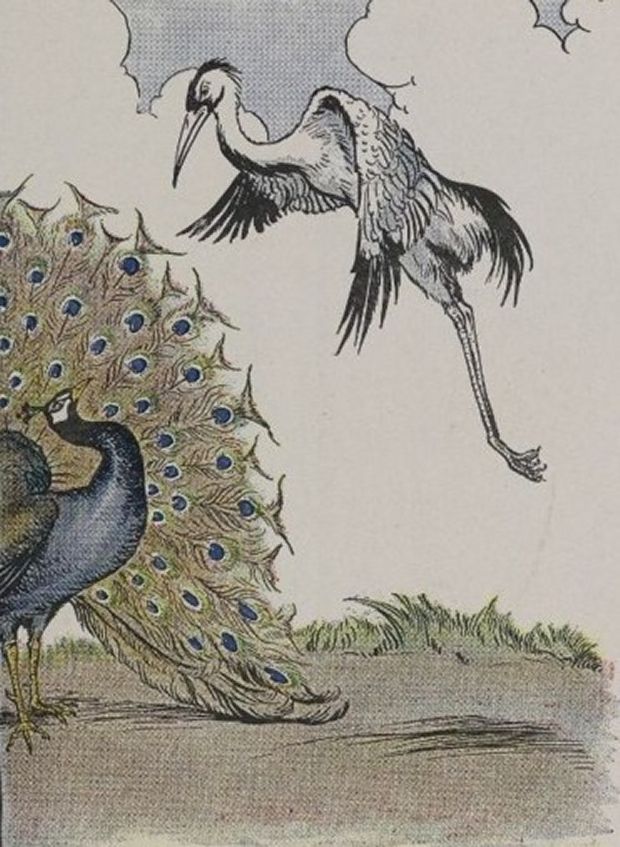 The Peacock And The Crane By Milo Winter

A Peacock, puffed up with vanity, met a Crane one day, and to impress him spread his gorgeous tail in the Sun.

"Look," he said. "What have you to compare with this? I am dressed in all the glory of the rainbow, while your feathers are gray as dust!"

The Crane spread his broad wings and flew up toward the sun.

"Follow me if you can," he said. But the Peacock stood where he was among the birds of the barnyard, while the Crane soared in freedom far up into the blue sky.

If you use Facebook or Google+ & enjoyed The Peacock And The Crane, please tell your friends and let us know to find more like it for you!