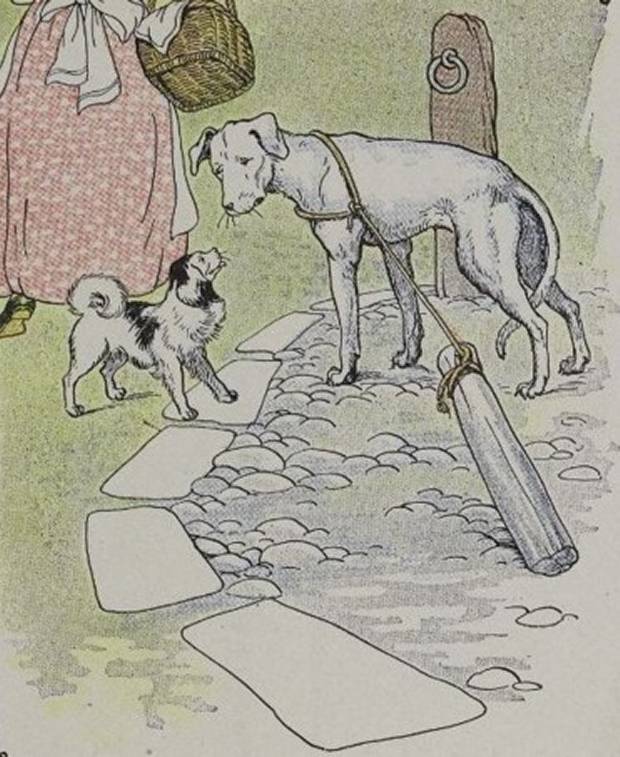 The Mischievous Dog By Milo Winter

There was once a Dog who was so ill-natured and mischievous that his Master had to fasten a heavy wooden clog about his neck to keep him from annoying visitors and neighbors. But the Dog seemed to be very proud of the clog and dragged it about noisily as if he wished to attract everybody's attention. He was not able to impress anyone.

"You would be wiser," said an old acquaintance, "to keep quietly out of sight with that clog. Do you want everybody to know what a disgraceful and ill-natured Dog you are?"

If you use Facebook or Google+ & enjoyed The Mischievous Dog, please tell your friends and let us know to find more like it for you!