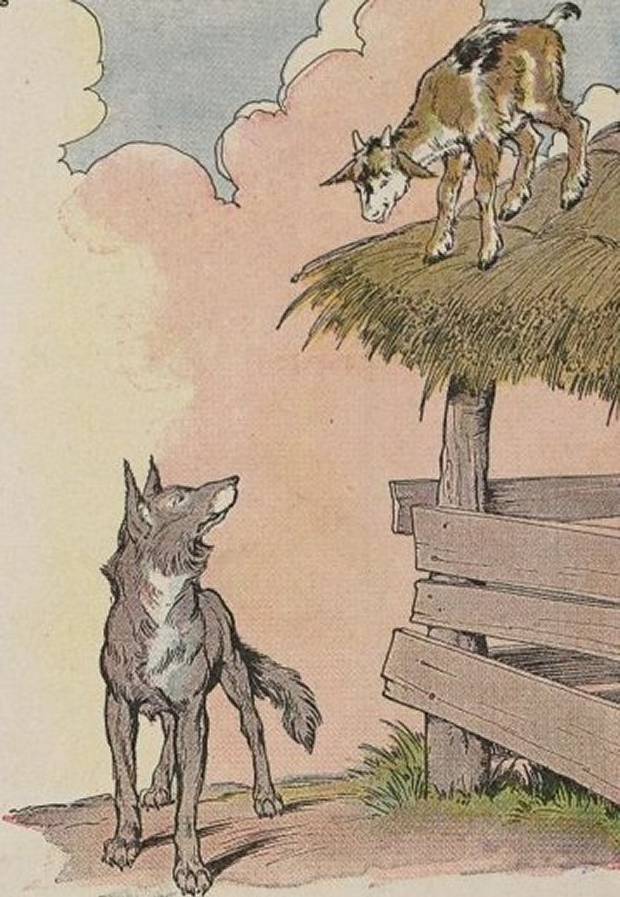 The Kid And The Wolf By Milo Winter

A frisky young Kid had been left by the herdsman on the thatched roof of a sheep shelter to keep him out of harm's way. The Kid was browsing near the edge of the roof, when he spied a Wolf and began to jeer at him, making faces and abusing him to his heart's content.

"I hear you," said the Wolf, "and I haven't the least grudge against you for what you say or do. When you are up there it is the roof that's talking, not you."

If you use Facebook or Google+ & enjoyed The Kid And The Wolf, please tell your friends and let us know to find more like it for you!