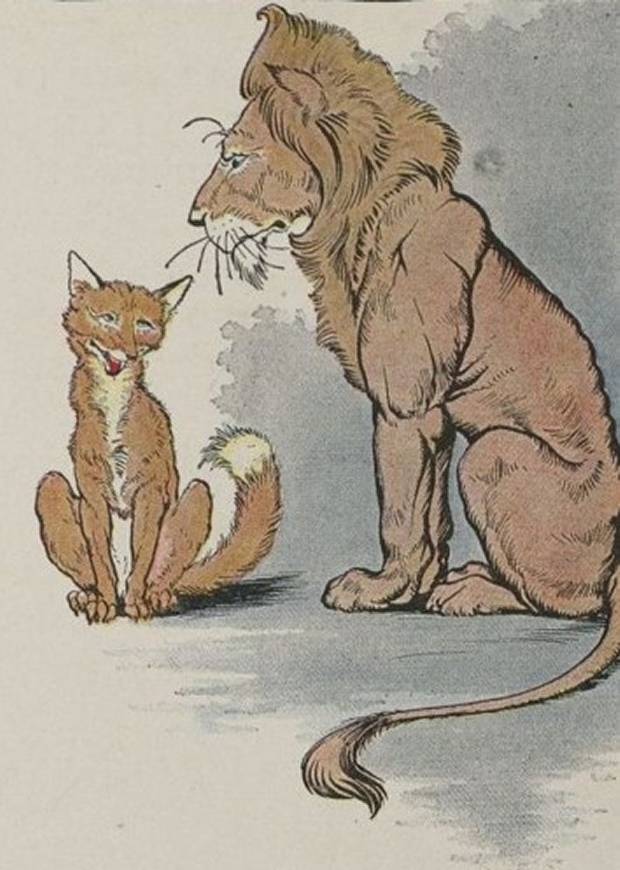 The Fox And The Lion By Milo Winter

A very young Fox, who had never before seen a Lion, happened to meet one in the forest. A single look was enough to send the Fox off at top speed for the nearest hiding place.

The second time the Fox saw the Lion he stopped behind a tree to look at him a moment before slinking away. But the third time, the Fox went boldly up to the Lion and, without turning a hair, said, "Hello, there, old top."

If you use Facebook or Google+ & enjoyed The Fox And The Lion, please tell your friends and let us know to find more like it for you!