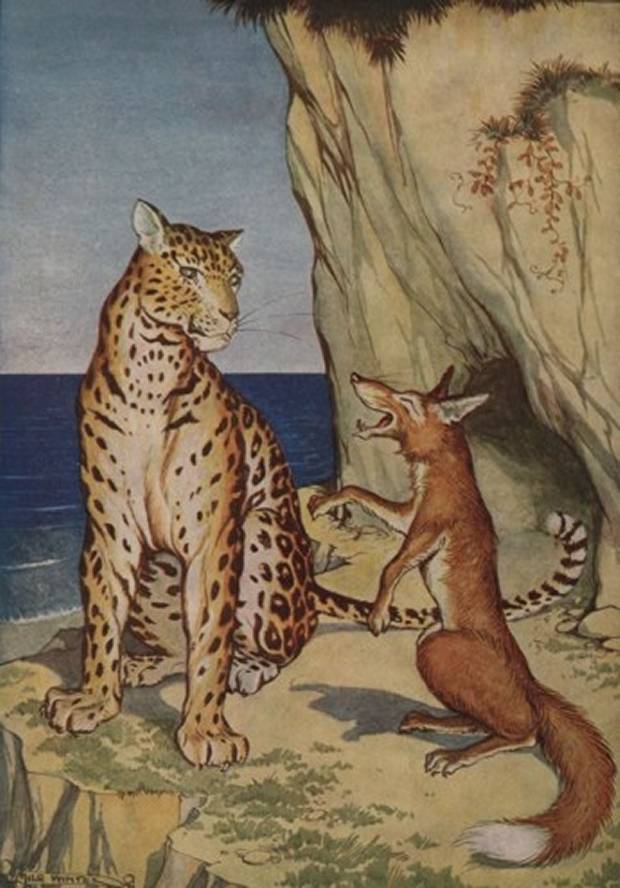 The Fox And The Leopard By Milo Winter

A Fox and a Leopard, resting lazily after a generous dinner, amused themselves by disputing about their good looks. The Leopard was very proud of his glossy, spotted coat and made disdainful remarks about the Fox, whose appearance he declared was quite ordinary.

The Fox prided himself on his fine bushy tail with its tip of white, but he was wise enough to see that he could not rival the Leopard in looks. Still he kept up a flow of sarcastic talk, just to exercise his wits and to have the fun of disputing. The Leopard was about to lose his temper when the Fox got up, yawning lazily.

"You may have a very smart coat," he said, "but you would be a great deal better off if you had a little more smartness inside your head and less on your ribs, the way I am. That's what I call real beauty."

If you use Facebook or Google+ & enjoyed The Fox And The Leopard, please tell your friends and let us know to find more like it for you!