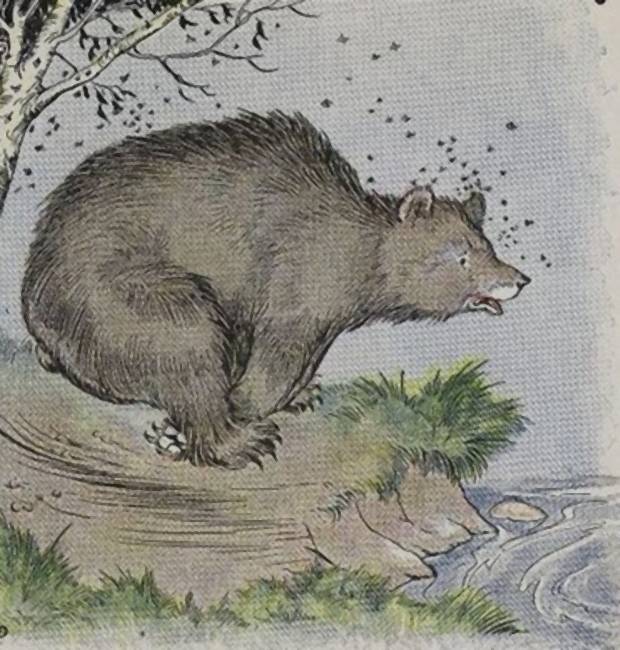 The Bear And The Bees By Milo Winter

A Bear roaming the woods in search of berries happened on a fallen tree in which a swarm of Bees had stored their honey. The Bear began to nose around the log very carefully to find out if the Bees were at home. Just then one of the swarm came home from the clover field with a load of sweets. Guessing what the Bear was after, the Bee flew at him, stung him sharply and then disappeared into the hollow log.

The Bear lost his temper in an instant, and sprang upon the log tooth and claw, to destroy the nest. But this only brought out the whole swarm. The poor Bear had to take to his heels, and he was able to save himself only by diving into a pool of water.

If you use Facebook or Google+ & enjoyed The Bear And The Bees, please tell your friends and let us know to find more like it for you!