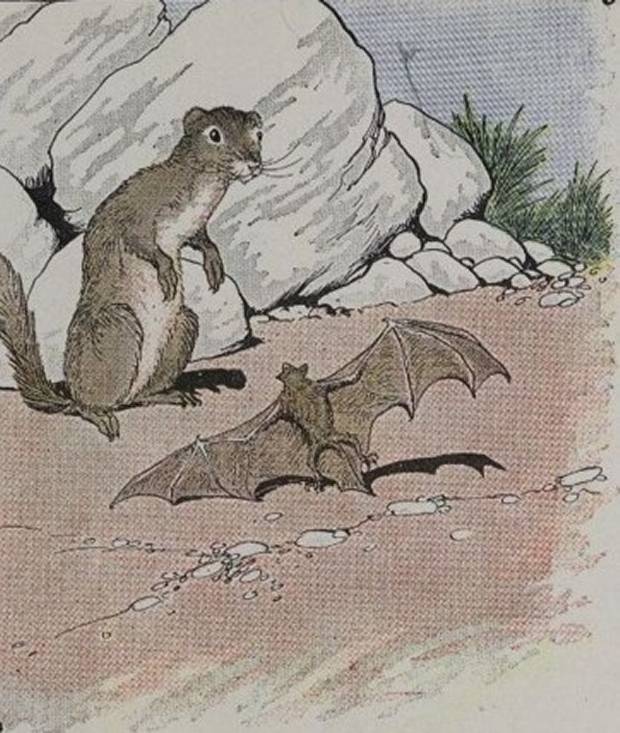 The Bat And The Weasels By Milo Winter

A Bat blundered into the nest of a Weasel, who ran up to catch and eat him. The Bat begged for his life, but the Weasel would not listen.

The Weasel had to admit that the Bat was not a Mouse, so he let him go. But a few days later, the foolish Bat went blindly into the nest of another Weasel. This Weasel happened to be a bitter enemy of Birds, and he soon had the Bat under his claws, ready to eat him.

And so the Bat escaped with his life a second time.

If you use Facebook or Google+ & enjoyed The Bat And The Weasels, please tell your friends and let us know to find more like it for you!