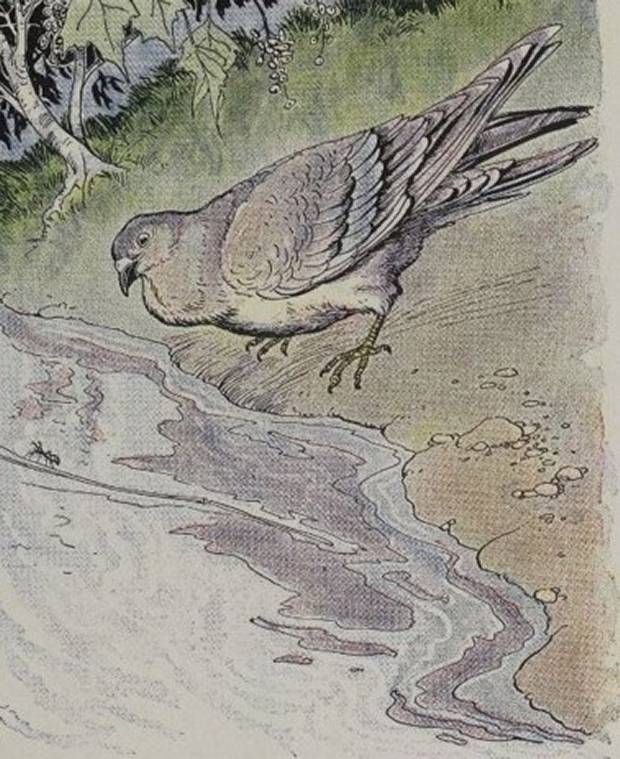 The Ant And The Dove By Milo Winter

A Dove saw an Ant fall into a brook. The Ant struggled in vain to reach the bank, and in pity, the Dove dropped a blade of straw close beside it. Clinging to the straw like a shipwrecked sailor to a broken spar, the Ant floated safely to shore.

Soon after, the Ant saw a man getting ready to kill the Dove with a stone. But just as he cast the stone, the Ant stung him in the heel, so that the pain made him miss his aim, and the startled Dove flew to safety in a distant wood.

If you use Facebook or Google+ & enjoyed The Ant And The Dove, please tell your friends and let us know to find more like it for you!