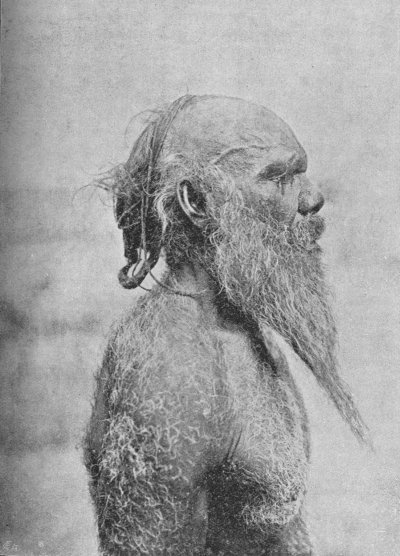 One day a Fish-hawk decided to catch some fish in a waterhole close to his camping ground. He gathered some bitter bark in the bush and placed it in the water. He knew that the bitter taste of the water would make the fish sick, and they would float to the surface and be easily speared. Having arranged the layers of bark in the water, he went to sleep beneath the shade of a tree for a little while. But a pheasant happened to be passing that way, and noticed the fish floating in the water. He therefore quickly took the opportunity of spearing them.

When the hawk returned, he met the pheasant carrying a string of fish tied to a bundle of spears. "Those are nice fish you have," remarked the hawk. "Where did you catch them?"

"They were floating in the waterhole, and I speared them," replied the pheasant.

The hawk claimed the fish as his property, but the pheasant only laughed at him and said: "You did not poison the fish. When I passed you were asleep in the shade of a tree. You cannot sleep and catch fish at the same time."

The hawk was very annoyed, and determined to be revenged for the mean trick played on him. One day he watched the pheasant place his spears on the bank of a river while he set some fish traps. The hawk crept along cautiously, and, stealing the spears, hid them in the branches of a tall tree. When the pheasant returned, he discovered his loss, and began to search for the missing spears. He saw the tracks of the hawk in the sand, and, following them, came to the tree in which the spears were hidden. The marks on the trunk of the tree made by the axe used in climbing directed him to the branch, and there he recovered his lost spears.

The hawk did not think of waiting to see the pheasant return, but went to his camp in high glee at the thought of the trick he had served the pheasant. Some time later the pheasant passed his camp with a string of big fish tied to a bundle of spears. The hawk was surprised at the sight of the spears, but determined to follow the pheasant and steal them again. When the pheasant reached his camp, he lit a fire and prepared his evening meal. After he had eaten it, he nodded drowsily by the fire, and in a short time was asleep. The hawk crept from his hiding-place, and again stole the bundle of spears. He then searched until he found a very tall tree, and, climbing it, placed the spears in the fork of the highest branch. When the pheasant awoke, he discovered the loss of his spears, but it was not long before he found traces of the hawk in the bush close to the camp. He followed the tracks for a long distance through the bush, but lost them in the thick undergrowth. After searching long into the night, he at last found the tree in which they were hidden, but he was too lazy to climb for them. He then travelled over the mountains until he reached the source of the river that flowed into the waterhole in which the hawk fished. The pheasant was possessed of magical powers, so he caused a flood at the head of the river that swept down the mountain side, and drove all the fish and the fish-hawk into the sea. Since that time the fish-hawk has been forced to live along the coast, and eat no other food but fish.

The pheasant returned to his camp when he had settled with his enemy, but he had no spears. He again set out to find the tree in which they were hidden. The flood had swept away all traces of the hawk's tracks, and his search was fruitless. He travelled again to the mountains in search of a tall tree with foot holes cut in the bark. He found a number of trees with such marks, and was forced to climb all of them in search of the missing spears. his efforts were, however, unrewarded. The pheasant never found his bundle of spears. In the bush you will see him flying from branch to branch in the tall trees. He is still searching for the stolen spears.

If you use Facebook or Google+ & enjoyed Why The Fish-Hawk Was Driven To The Sea, please tell your friends and let us know to find more like it for you!